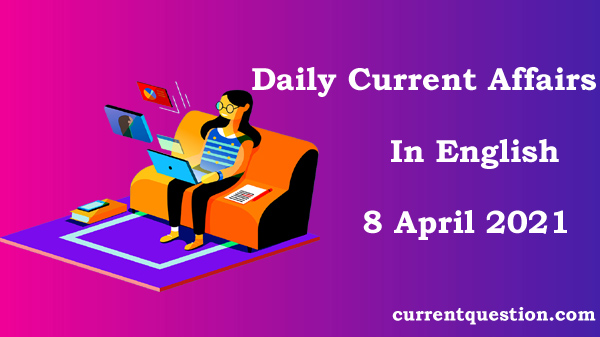 Daily Current Affairs In English, daily current affairs, In today’s time, every youth is looking for a job, every student is looking for a government job and every day jobs are coming out in the country and for that lakhs of people apply and prepare for government exams and also give exams and Some students pass the exam and some students are not selected and many students are disappointed and there are many reasons for this. Any student wishes that if he passes the exam then it would be most important for him. It is important to increase the general knowledge, if there is any test today, then the question of general knowledge is asked in it and if you have to pass in the exam then it is very important to have this general knowledge and your journal knowledge should be the best today Will read current affairs in the post and will also remember the question

In which the student current affairs will have a questionnaire and it will help you in reading and memorizing it, you can have daily current affairs..

Q 1. Recently which state government has announced relaxation in the age of government jobs for the poor Savarnas?

Q 3. Which day is celebrated all over the world on 8th April?

Q 5. Recently in which country the world’s first Kovid-19 Carnivek-Cove for animals has been registered?

Q 6. Who is the first in the list of 10 richest people of India released by Forbes?

Q7. Who has been appointed by the Central Government as the new Secretary of Economic Affairs?

Q8. Which state government has started the monthly micro scholarship scheme for students, becoming the first state to do so  Has gone?

Q 9. Which book has been written by actress Tisca Chopra?

Ans. What’s up with me

Q 10. Which Indian cricketer has signed to play for the county cricket team Warwickshire?