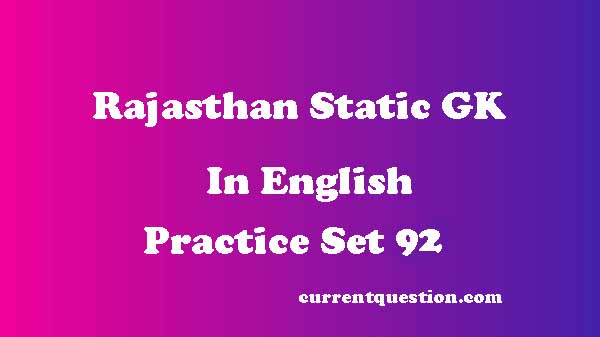 Q 2.    When did the creation of governor in Rajasthan?

Q 3.    Who concepts the number of members of the Rajasthan Public Service Commission and service

Q 4.    Who are the Lok Sabha President of the governors in Rajasthan?

Q 5.     Whose representative is in the state of governor?

Q 6.     Under which section of the Indian Constitution, Governor appoints the Prognostic General of

Q 7.     What section of the Indian Constitution provides, ‘There will be a governor in every state?

Q 9.    Whose appointment is not done by the governor?