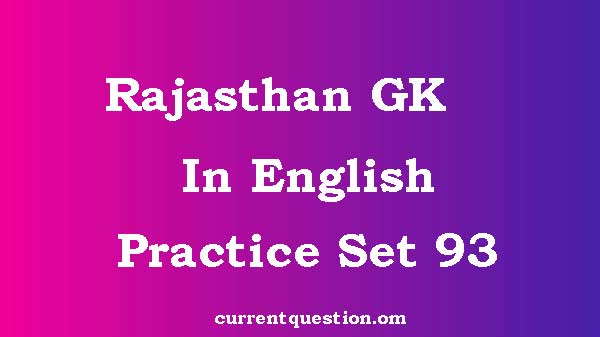 Q 11.    State Administration in Rajasthan are the main?

Q 12.    How often did the Presidential rule in Rajasthan?

Q 13.   What section is to apply constitutional emergency in states in India

Q 15.    Money Bill in the State Assembly can be presented only by recommendation

Q 18.    The description of the powers related to issuing ordinance by the governor has been done in

which section of the Constitution

Q 19.    In which Constitution (Amendment) Act, the provision has been made to create a governor of

Q 20.     Which of the  governors of Rajasthan have been a member of the Rajasthan Public Service

Commission for the Governor