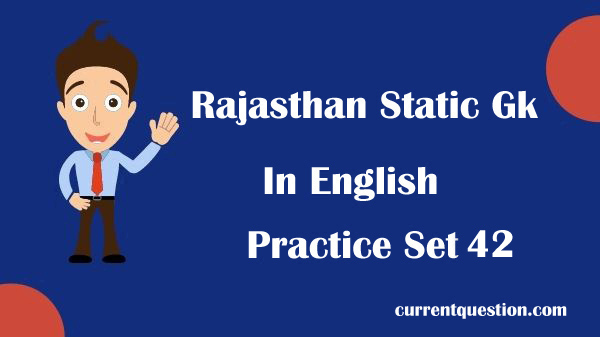 Q 161.   In which district is the fort of Sonargarh located in Rajasthan?

Q 164.   The fort of Mehrangarh is located in Rajasthan?

Q 165.    In which district of Rajasthan is Naliyasar located?

Q 166.    In whose direction was Kalibanga excavated?

Q 167.   Kalibangan civilization was spread on the banks of which river?

Q 168. Which fort is the Parn fort of Rajasthan?

Q 169. Which archaeological site is situated on the banks of river Luni?

Q 170. In which district of Rajasthan is Naliasar situated?